ROS is a meta software platform for robotics, details can be found at http://www.ros.org/wiki/, http://planet.ros.org/and http://answers.ros.org/questions/. ROS has had 6 releases till now, ROS Groovy Galapagos is the newest release.

This blog is a part of the ROS meta-blog, http://planet.ros.org/  since 15 January 2012. See here, for all ROS related articles; http://mobotica.blogspot.in/search/label/ROS

A 4 part series of articles in Linux For You magazine, on ROS and other robotic platforms can be found here, much of the motivation was from this blog. 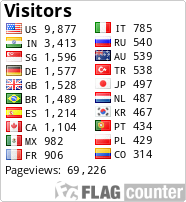